Push pull solenoid is a kind of electric appliance which can produce suction to holmium magnetic material and change electric energy pin into mechanical energy after being electrified. The pull type electromagnet adopts high magnetic conductivity material and magnetic circuit structure with cone-shaped fit, so although the product is small in volume and light in weight, compared with the conventional small electromagnet, its stroke and attraction are larger. Because of its high utilization of winding space, the coil part is open, and the heat dissipation effect is good. Push pull electromagnet we usually make it into bar or shoe shape to make the iron core more easily magnetized. In addition, in order to demagnetize the electromagnet immediately after power failure, we often use soft iron or silicon steel materials with fast demagnetization. Push type electromagnet such electromagnet has magnetism when it is powered on, and then the magnetism disappears after it is powered off. Electromagnet is widely used in our daily life. Because of its invention, the power of generator has been greatly improved. It is widely used in many factories. Many active electrical appliances (such as relay release, contactor, converter, etc.) operate all kinds of solenoid valves in automatic and forced control, which are mainly formed by electromagnetic arrangement; In the domain of individual engineering skills, such as the braking electromagnet on the overweight crane, the lifting electromagnet of various steel drinks, scrap iron and loose sand, the fishing electromagnetic patcher in the electric drive, the electric shovel as the mechanical cargo, and the electric chuck on the orange bed to replace the individual fixture are all concrete examples of the application of push-pull electromagnet. The application of electromagnetic suction may replace the heavy manual labor, reduce the labor intensity, and make the production power keep up with the product quality. Therefore, electromagnetic suction is often used in skill reform. The application of electromagnetic contact is far beyond that - in the atomic energy industry, cyclotrons of mutual size need a large electromagnetic field; In the daily use of electricity, we need a small electromagnetic device. In a word, the application of electromagnetism is very common. There are many forms of electromagnetic field, but the basic part of + is related to the operation principle. The structure of electromagnetism is not very complicated, which is composed of three important parts: money circle, iron core and balance. However, it may be that there is no balance iron, and using the working object as the movable suction body is equivalent to the consequence of balance iron. This paper takes the beat on electromagnetic instrument as an example to illustrate the working principle of these parts and the connection between them. Up, both fixed, hengtie 3 is the active part. When the energy coil passes through a certain amount of current, a certain amount of magnetic flux will be generated in the core, street and air gap Φ。 The virtual diagram shows the path of flux flow. Under the consequence of the magnetic flux, a certain amount of electromagnetic attraction is generated, which will make the air gap 4 to the minimum. The arrow in the figure shows the direction of the activity of hengtie when it attracts people. Figure 1-1 beat on electromagnetic pump when the current is interrupted in several circles, the electromagnetic suction will be lost. It can be seen that the consumption ring is the source of electromagnetic energy for push-pull electromagnet, and the rough ring with current will produce a certain magnetic potential. flux

① A closed circuit is formed through the core and the air gap, which is called magnetic circuit 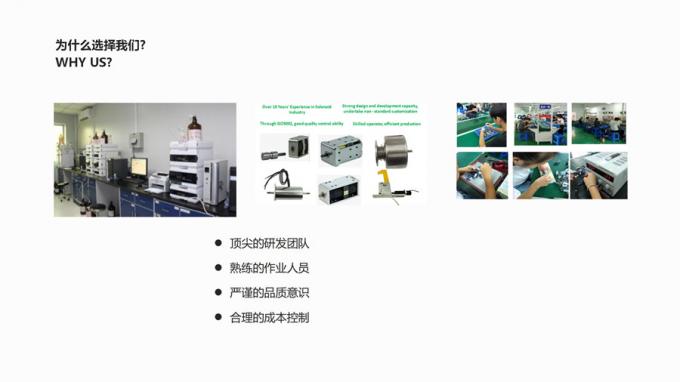