Keep electromagnet is different from push-pull electromagnet, and the characteristics of bistable solenoid classification

Keep electromagnet is different from push-pull electromagnet, and the characteristics of bistable solenoid classification

The push-pull solenoid uses a coil to generate the maximum magnetic force in the minimum space. The assembled coil is packaged in a metal iron pipe and made of high permeability steel to achieve the minimum size and weight and generate the maximum attraction. The design of movable core is to use an auxiliary magnetic circuit to increase the output force by 20% ~ 50%.

The holding solenoid takes advantage of the permanent magnet. Its operating principle is similar to all linear electromagnets. When the coil is energized and the movable core moves, the power supply is cut off and the movable core will still stay in the energized position. The reason is that the permanent magnet will create a magnetic field to maintain the movable iron core. After power on, the power supply can be cut off, and the magnet can be used to maintain the power saving effect. The coil will not be burned due to high temperature after large power is generated instantly and maintained by the magnet for a long time. 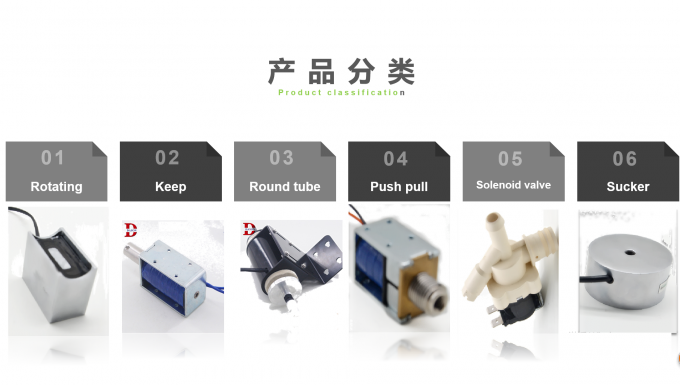